Warning: "continue" targeting switch is equivalent to "break". Did you mean to use "continue 2"? in /home/achimcon/thecmo.co.zw/wp-content/plugins/revslider/includes/output.class.php on line 3708
 Madam Boss and the Jumpsuit: A Few Polite Inquiries - The CMO

So the social media streets have over the last few days been dominated by Madam Boss’ jumpsuit. Initially we thought of letting the hullabaloo die down naturally but on second thoughts, we realized there’s something amiss in this whole fiasco; the question of brand identity, perception and positioning. It would be tantamount to dereliction for us not to share insights that we have gleaned, nuggets which can help certain brands. We dissect this from a purely academic point of view and here are our polite inquiries;

Does Madam Boss have a Brand Identity and Brand Positioning Challenge?

Madam Boss is now a household brand name within the comedy circles in Zimbabwe. She grew the brand name from skits and to now taking up brand ambassador roles with some of the leading corporates. Our inquiry relates to and is firmly rooted in the aftermath of the StarFm awards where she apologized to her fans for seemingly inappropriate dressing (in the eyes of her fans) at the awards gala. A closer look at this scenario uncovers a few issues

What this demonstrates is that her fans have certain expectations (brand perceptions) of how she should behave and to us marketers, there was a bastardization of her brand values and hence the backlash. When a clear brand positioning and identity has been established in the mind of the consumers, they know what to expect from the brand and it forms the core of their attachment with the brand. A brand like Econet is well known for its Christian centric values and has consistently demonstrated that positioning. A brand identity is what the brand stands for, what it is known for, its values and ideals. Aaker defines brand identity as “a unique set of brand associations that the brand strategist aspires to create or maintain. These associations represent what the brand stands for and imply a promise to customers from the organization members.”

Given what happened to Madam Boss could it be that she’s trying to be what her brand does not represent or stand for? And hence the quick apology? To us, the matter is not about her dressing, but the appropriateness or inappropriateness is sorely in the minds of her fans because of the positioning she created a long time ago. Brands create a brand perception and consequently customers will always hold the brand to account, think of Mercedes Benz, Nike, Apple, we expect nothing short of superior quality from these brands because they have positioned themselves and created an identity of a superior and premium brand status. It is our submission that Madam Boss could perhaps be suffering from a lack of clear brand identity and positioning. We therefore ask;

Who is she? Is she a slay queen in the mold of Pokello? Is she on her way to becoming one? Who is her target audience now? Whom does she appeal to or want to appeal to?

We must admit that we have closely followed her trajectory since she came onto the scene and we are also now not sure how she is positioned or want to. Initially the Madam Boss brand was one of humble beginnings, humility in the skits and a disposition towards rags to riches and her fans loved the brand for its authenticity and originality. Contrast that with Pokello whom we know as a diva and her fans accept her for who she is and she’s not apologetic about it; that is her brand identity and what she represents. Perhaps Madam Boss needs to redefine who the brand is, what does it stand for and carve out that positioning to avoid another uproar. Every time she posts a seemingly inappropriate picture, her fans are quick to remind her. While we don’t agree with some of the comments, it is because the majority of her fans don’t associate the Madam Boss brand with such, a factor of the positioning and identity she created tacitly or purposely.

In conclusion, the appropriateness of her dressing is not the matter, but how it was viewed and construed by her fans. Brands have followers who follow the brand because of the congruence of the brand values with their own value system. It is not about people judging her but it is in the brand deviating from the norms and values and expectations which the followers have. The same reaction will likely take place if Econet starts creating adverts like Nandos or sponsors a Magate Challenge. We could be wrong but worth the salt? Perhaps? 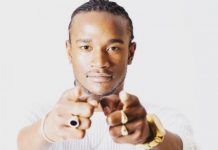 #ShowerMoments: is Jah Prayzah slightly overused by brands or ermm do brands have a choice….

The MAZ Convention 2019 Is Here