Warning: "continue" targeting switch is equivalent to "break". Did you mean to use "continue 2"? in /home/achimcon/thecmo.co.zw/wp-content/plugins/revslider/includes/output.class.php on line 3708
 Stanbic and Zimplats in CSR Partnership - The CMO

Not quite often do we see major brands combine forces for a cause but leading Zimbabwean brands Stanbic and Zimplats have joined hands in support of people with albinism. In a remarkable gesture, both Stanbic and Zimplats have partnered to support marginalized communities in Binga, Lupane and Hwange living with albinism. In an environment where albinism is often associated with stigmatization, we have to commend the efforts of these brands to support these groups.

Stanbic Bank and Zimplats recently handed over spectacles and sunscreen lotions to 27 beneficiaries in Binga and Hwange. People with albinism have a reduced amount of melanin, and this can affect their eyesight, hence, the spectacles will definitely go a long way in improving the eyesight of the beneficiaries. The three districts of Binga, Lupane and Hwange have the highest population of people with albinism in Matabeleland North Province. People with albinism in this region regularly need access to sun protection materials due to the extreme heat in the region.

Speaking on the sidelines of the events, Palmer Mugavha who is the Head of Marketing and Communications for Stanbic Bank articulated that the Standard Bank subsidiary has been involved in the support of people with albinism for 4 years now.

“The bank has been working with the Albino Charity Organization of Zimbabwe (ALCOZ) to reach out to people in different parts of Zimbabwe by distributing sunscreen lotions, lip balms, sunhats, and antibacterial soaps, and our relationship with ALCOZ was established 4 years ago”, said Mugavha

Chiedza Mupfumira, the Zimplats’ Corporate Communications Manager, expressed gratitude to all the government and private stakeholders who partnered the Friends with Albinism campaign, highlighting the great impact the campaign has had in different provinces particularly Mashonaland West and Matabeleland North provinces.

“We are greatly overwhelmed by the support we have been receiving from the Ministry of Health and partners such as Stanbic Bank amongst many others”, she said.

“We appreciate Stanbic bank’s support in purchasing the spectacles for the Hwange, Binga and Lupane beneficiaries and we hope this partnership goes a long way into the future.”

Zimplats in conjunction with Optinova Eyecare Zimbabwe and supported by the Minister of Health and Child Care along with the Ministry of Public Service, Labour and Social Welfare, conducted free eye tests for the beneficiaries.

Speaking at the event held at Binga District Hospital, the Binga District Administrator, Mrs. Lydia Ndethi-Banda, extended her gratitude to Stanbic Bank and Zimplats citing the great need in their district given the number of people  with albinism in Binga and surrounding districts.

“We continue to look for solutions to support members of our communities  with albinism and are greatly humbled by Stanbic and Zimplats’ support”, said Mrs. Ndethi-Banda.

This article was originally published on Stanbic website here 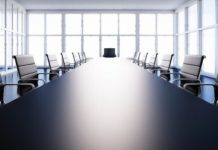 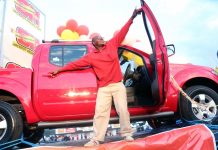 Marketers time to move away from ticking the box